Joseph Brook was born 7 December 1797, the youngest son of William Brook, who founded a scribbling mill in the 1770s at Meltham Mills, Meltham. The mill later became Jonas Brook & Brothers.

He was baptised on 3 January 1788 at All Hallows, Almondbury.

Joseph had married Harriet Smith by 1809 and they had at least 10 children. By the 1840s, the family was living at Greenhead House, Huddersfield.

During the 1850s he was the chairman of the Improvement Commissioners. During his tenure as chairman, the Commissioners had a central role in building St George’s Square, Edgerton Cemetery and the Model Lodging House at Chapel Hill (opened 1854). He was also influential in bringing the railway to Huddersfield, serving as a deputy chairman of the Huddersfield & Manchester Railway Company.

His involvement with the Holme Reservoir Commissioners and their role in the Holmfirth Flood of 1852 led to the low point of his public career after which he sold of many of his assets and moved his family to a more modest house at Highfields, where he lived for the rest his life.

He died in mid-July 1858, aged 70, and a civic funeral was held for him in Huddersfield. A large monument was erected in his memory at Edgerton Cemetery.

The two probate entries for Joseph imply that there was an issue surrounding his Last Will and Testament. 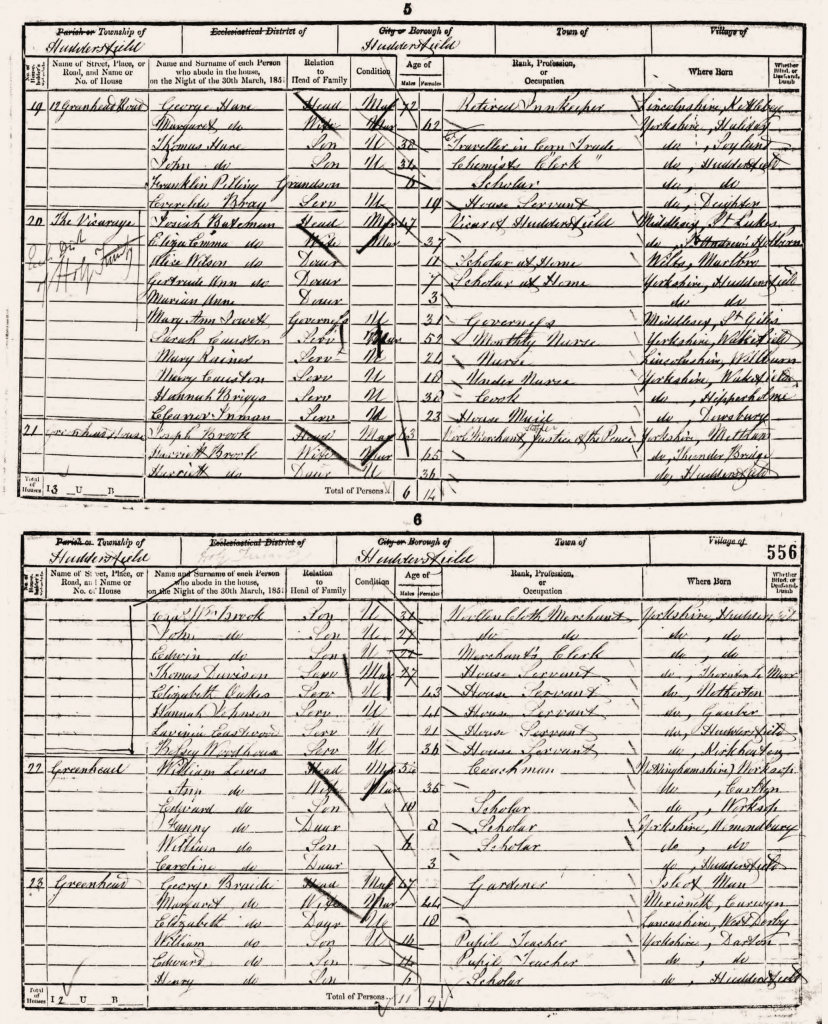