Bentley Shaw was born 16 January 1816, the son of local brewer William Shaw and his wife Ann. Ann’s father was Timothy Bentley who had established a brewery in 1795 at Lockwood, making use of Horse Bank Spring to provide water.

On 16 June 1842 he married Jane Elizabeth Lancaster (~1818–1893), daughter of local auctioneer John Lancaster), and they had at least nine children together.

Due to the fact that the proposed route was close to Woodfield House, he was a vocal opponent of the :Meltham Branch Line:, which led to local people proposing to boycott his company in March 1861.

Shaw appears to have joined the local Emmanuel Church in Lockwood in the 1860s and was baptised there, along with his younger sister Mary Anne, on 4 February 1863.

By 1870, the Bentley and Shaw brewery had expanded to cover 12 acres of land and was using so much water from Horse Bank Spring that little was left over for the local population. A bitter dispute over the spring continued until Lockwood began receiving water via a mains supply. The former brewery, much of which was demolished in the 1970s, is now the home of the Huddersfield Rugby Union Football Club.1

Towards the end of the 1890s, the Huddersfield Corporation purchased Woodfield House for the purpose of converting much of the land into the new Lockwood Cemetery. 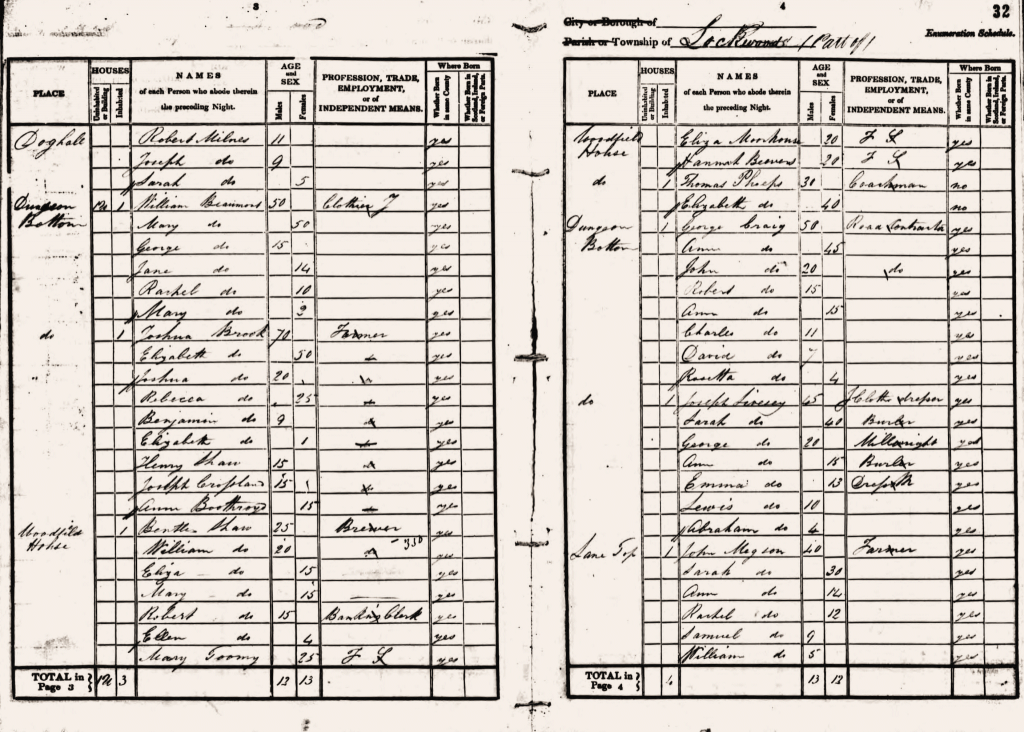 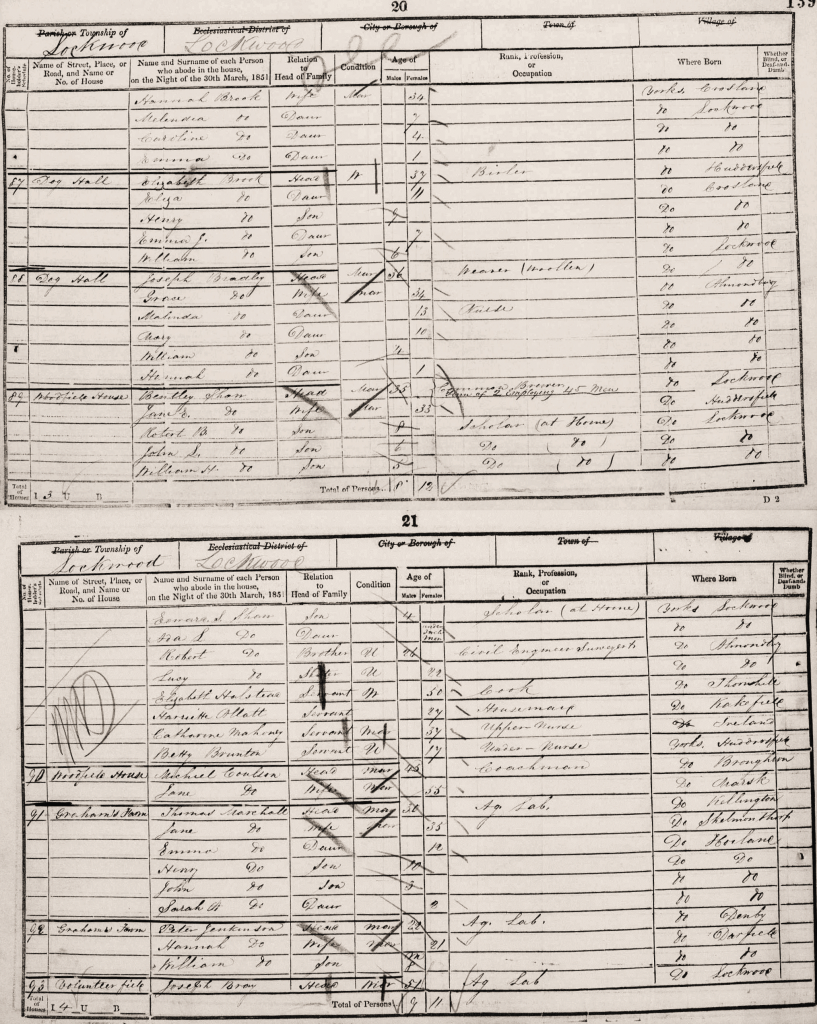 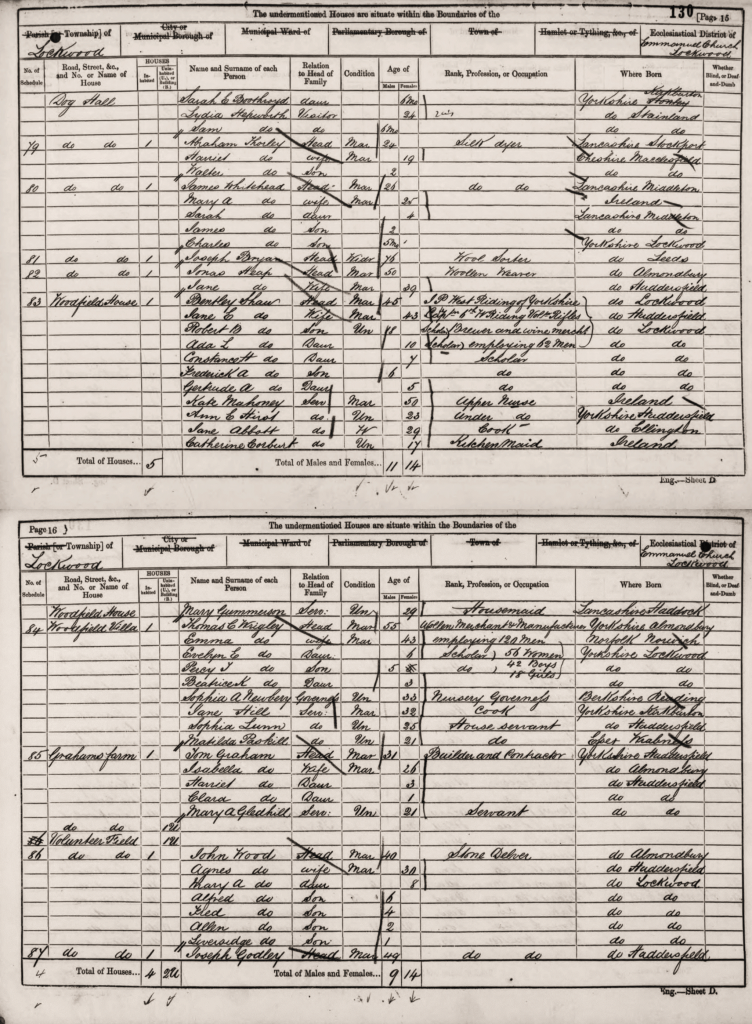