In an earlier blog post, I wondered if the “handsome pillar lamp” on Moor Lane in Netherton was the one which is due to celebrate its 150th birthday this year, and I’m now able to answer my own question — it is! 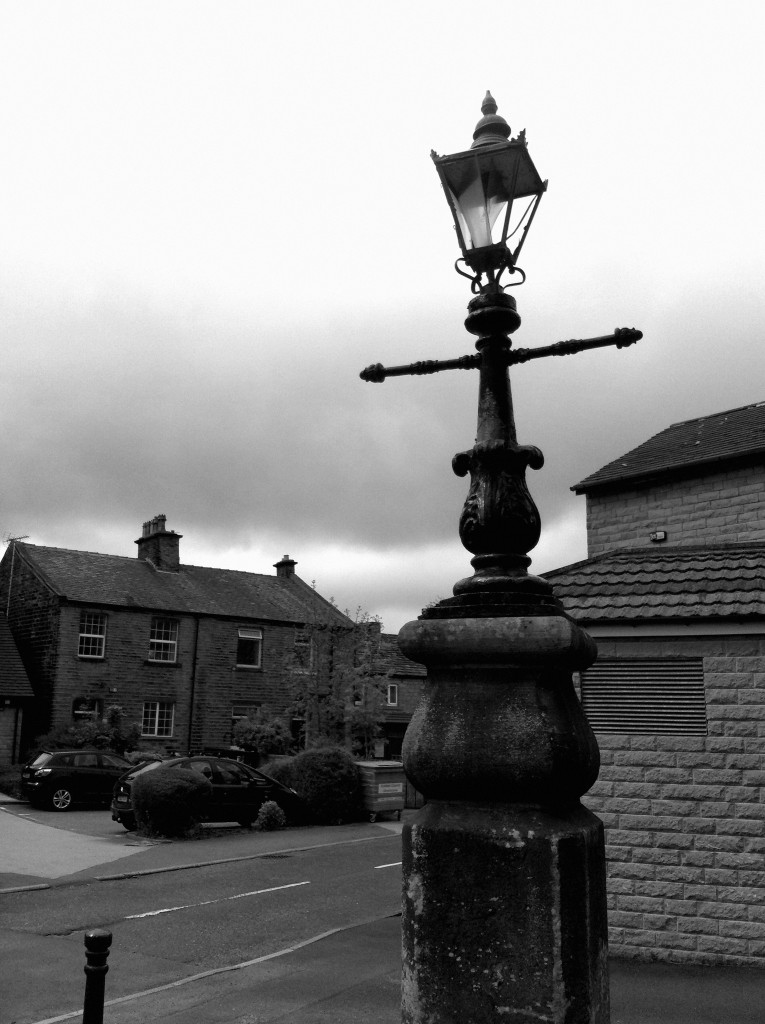 Just to recap, an article in the Huddersfield Chronicle (03/Jun/1865) first mentioned the pillar lamp:

It’s likely the lamp was actually erected a few months later, as the next mention of it appears in the Huddersfield Chronicle on 23 September:

Netherton will now no longer be kept in total darkness during the long winter nights, especially in the centre of the village. In the middle of the cross, or what would be termed the market place, has been erected a handsome and ornamental pillar lamp-post, surmounted by a large hexagonal-shaped lamp which, when lighted, throws its rays a long distance on three roads, viz.: down the hill towards the Big Valley, up the road to Meltham, and along the road leading to Wrigley Mill. Besides this, there are two lamps on the Wrigley Mill Road, and one at the Rose and Crown Inn. The inhabitants have already experienced much benefit by having light (gas) thrown upon their ways.

The current location of the pillar lamp is away from the main road, but helpfully this photograph taken in June 1945 for the Huddersfield Examiner shows the original location. The gentleman crossing the road is walking towards the Post Office. 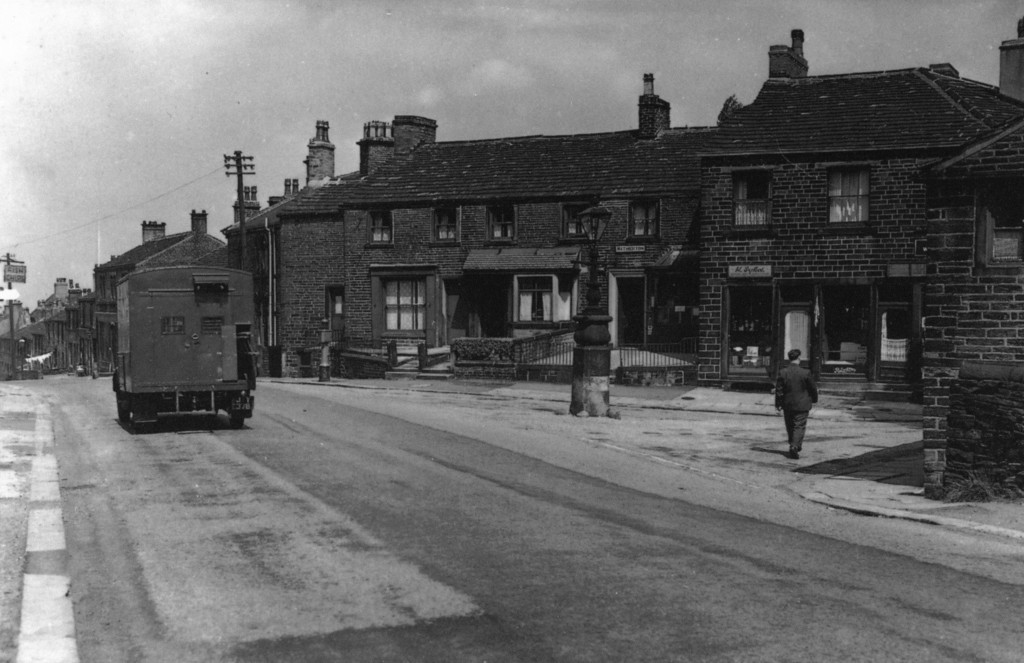 The same junction today looks very different, as the buildings (including the Post Office) are long gone and the newer Netherton Surgery is in their place:

According to Images of Huddersfield (1994) by Isobel Schofield, the pillar lamp was moved to its current location after being hit by a lorry and it can now by found on Moor Lane, opposite the junction with Netherton Fold:

In a future blog post, we’ll look at the up and downs of the Netherton Gas Company, who had been lighting the village since the autumn of 1853.

One thought on “The Handsome Pillar Lamp of Netherton”